Fatherhood often gets a bum rap. We are conditioned, almost from our earliest years, to 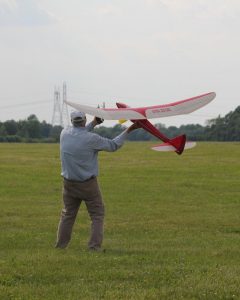 have a limited or one-dimensional version of this person, this human who participated in our creation, and contributed in one way or another to our growth as an individual. In comedy, the father figure is often the brunt of jokes and in literature, he is frequently portrayed as the absent or distant winner-of-our-daily-bread, or some sort of dark and foreboding taskmaster. He can be the fixer of all things broken or the one who broke them.

One of my best early memories of my dad happened when I was about ten. We were living in southern California at the time, at the edge of chaparral country. All the kids walked to the elementary school that was a couple blocks down the street and most of us walked home for lunch. It was a pretty idyllic time and place. One of my two best friends lived next door on a family farm. I remember the climbing trees, the berry bushes and the chickens in the roost. My other best friend lived across the field behind the elementary school. I remember hurrying home across that field, more than once, so that I would be home by dark (my curfew). My major mode of transportation was my big, sturdy, hand-me-down, bicycle that took me everywhere.

I didn’t have much experience with my dad. He had been overseas a lot on remote duty with the Air Force. I knew him from the daily letters our mom would get in the mail while he was away, and the short visits between foreign tours, and when he would come home for extended holidays. This time he had gotten posted at an air base in southern California where we could be all together as a family. While he was on these remote assignments, he spent a lot of time building things at the Hobby Shop, a place on the base where the airmen could go, hang out, and make stuff. It was the safest and sanest thing that these young men could do when they were away from their homes and their families. And yes, I realize I am making up this story.

In any case, when we were in southern California, he built a large balsa wood glider. It had at least a four-foot wingspan and he worked on it in the evenings for months and months. When it was finally finished, he needed help to fly it. We went out to the cow pasture behind our house and I held it, his masterpiece up over my head. He had glued what looked like drapery hooks under the fuselage. The rope that he used to launch it was draped over these hooks only for launch. He ran, tugging on the rope, pulling the plane out of my grasp. When the plane became airborne the rope fell away and the glider moved freely, untethered. Most of the time it flew. Sometimes it was only a short glide and a hop as it skidded along the grass, sometimes it caught the wind and rode the currents of air, up and up and up. We flew his glider for a number of months, getting a little braver and more adventurous each time. One day we took it to a new place by a road. It lifted brilliantly, caught the drafts and rose and glided just like the buzzards that rode the currents of air. It was breathtaking. Then suddenly as if it had run out of air, it plummeted to the ground, nose first onto the road. We both ran over to it, a pile of splinters and fragments, nothing to salvage. Heartbroken, I asked if he could fix it. He shook his head sadly and said no. Dejectedly, we both walked back to the car. I am sure he mourned the loss of his creation, though I was not aware of it. He put his model building tools away and took up other hobbies. Mostly he did the typical family things with all of us, visiting picnics and playgrounds, playing with frisbees and balls, taking hikes and drives. He didn’t return to building models until our brother was old enough to want his help in building model airplanes or star fighters from pre-cut kits of plastic bits.

So what is the Fathering Principle? According to Fillmore’s Metaphysical Bible Dictionary, it is the “exact and immutable Principle of Being, lying back of all existence as cause, and approachable only along lines of perfect law. It is omnipresent and not subject to change or open to argument.” Holmes calls it the “Assertive Principle of Being; the Self-Conscious, Self-Propelling Power of Spirit; the Projective Principle of Life, impregnating the Universal Soul with its Ideas and concepts; the Self-Assertive Spirit in either God or humanity.”

How does this show up for each of us? We father ourselves, encourage, assert and support our own sense of being and purpose. Is it hard? It seems hard sometimes; sometimes we seem to fail. What then? We gather ourselves together, regroup and get back up. It is worthwhile? You bet. It’s the best game on the planet.