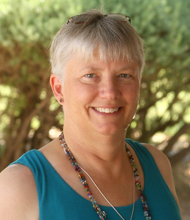 Reverend Janis Farmer, who grew up on a number of military bases across the US and in Germany, attended more than 15 schools by the time she graduated high school. She worked her way through college, and received a Bachelor’s of Science with a double major in Biology, Chemistry and a minor in Secondary Education. After two years teaching middle school in rural south Florida, she found herself eager for the mental stimulation of graduate studies and attended the University of North Carolina at Chapel Hill. After completing a Thesis Masters program in Botany, which took longer than is considered typical because it was just too much fun, and fieldwork always takes longer than one thinks it should, she was hired by an oil company in Cleveland Ohio to work in Plant Biotechnology. Since she has always been persistent to a fault, this atypical entrance into an oil company became a 24-year career spanning plants and bioremediation, water quality measurement and improvement, soil and sediment quality, clean-up techniques, and eventually led to working with design-and-build engineering teams on several large scale facilities. In that span of time, she became adept in practical and pragmatic program management and skilled in her ability to see both “the forest and the trees”.

After a number of years in a highly technical career, she started looking around again and came out to the Arizona desert to take a self-improvement class. She fell completely in love with the desert itself. Within a year, she relocated to the desert and started the next phase of her life. And the rest, as they say, is history.

She was raised as a fundamentalist Christian for the first several decades of her life, and recognized as she left home and discovered a larger worldview, that some aspects of that upbringing no longer fit very well. So like many young adults, she wandered away from the religion of her youth and dabbled in all sorts of other religious and spiritual teachings. She cobbled together a spiritual practice that worked, more or less, for her. Then, in talking with her father one Easter Sunday, he chastised her for not planning to go to church on Easter, because ” even pagans go to church on Easter.” At that moment, she decided to try Unity again and drove to Tucson to the beautiful facility on River Road. That particular Sunday Service didn’t fit what she desired; on the way home she saw a small sandwich-board advertising Tucson Center for Spiritual Living. When she connected the dots and found the Science of Mind, she was overjoyed, and more than a little surprised, to discover an organization that believed, essentially, as she did. She immediately set out to learn as much about this philosophy as she could and within a year realized she had been called to attend ministerial school through the Holmes Institute. Fast forward though seven jam-packed years of study and practice, she graduated with a Master’s of Consciousness Studies and was licensed as a minister through the Centers for Spiritual Living.

Another way to tell the same story of Rev Janis’ life so far is that she seemed to have been following a breadcrumb trail that was invisible even to her. While there were bleak, challenging and troublesome times, retrospectively, she saw a pattern of guidance and direction that unfolded beneath her feet, which she had, sometimes doggedly, followed. Some signposts on her path were: stumbling into the office of the student teacher advisor during undergraduate studies, and discovering a kind, caring human being who actually attended to the students in his charge, seeing only the best possibilities in them; having a hardback copy of Richard Bach’s Illusions of a Reluctant Messiah jump off a shelf in a bookstore in front of her when she was unhappily teaching junior high science in South Florida, and much later a blue feather; taking a field botany class at Mountain Lake Biological Research Station (outside of Blacksburg Virginia) during summer vacation of that first year of teaching junior high science, without really having available funds to do so, and meeting the professor who would work with her through her graduate studies; reading Charles Handy’s Waiting for the Mountain to Move; discovering the deep and profound feeling of abundant flowing fresh water while standing in a dry wash (creek bed) outside of Eloy Arizona; noticing the sandwich board sign outside the meeting place for CSL Tucson; and so much more.

Rev Janis has always been curious about how the mind works and how to make it work more beneficially. She has studied many different methodologies and techniques and remains curious about how we each see, and interact with, the world in which we live. She is a perpetual student of life and seeks to find and create greater joy, creativity and aliveness in her world and encourages, and assists, each individual in doing the same for themselves.