I love it when a class turns out more enjoyable than I expect it to. Come to think of it, most 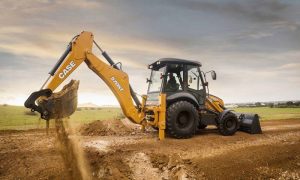 of the time, they usually do! I adore it when I get to dig into material I’ve read before and see it in a new way, and I love it with those who are taking the class with me have a similar experience.

Since we are doing classes on zoom, like almost everybody else, I’ve had to think differently about how to facilitate this online experience. No, it’s not the same as in-person classes. In some ways it’s better! People who don’t like to drive at night can take classes, and those who live too far away, or have other restrictions can still participate. When we first shifted to online, way back in March, one of the students who sat in front of his computer all day requested that we reduce the length of each individual class to two hours instead of three. We’ve moved the start times to 5:30pm (AZ time) so that classes don’t end so late even for people who live on the east coast. This is doubly wonderful, partly because it increases everyone’s ability to focus, and most weeks we are all a little surprised when we’ve arrived at the end of class time… already!

I especially want to mention what happened at the “Roots” class that met Monday evening. In the original curriculum, only 2 weeks were allocated for Ralph Waldo Emerson. I always felt like Emerson got short-changed, and so did we. In our revised class schedule we were able to spend four weeks immersing ourselves in the writings of the man that Ernest Holmes said was ‘like drinking water’.

In this week’s class the students got to pick one of Emerson’s essays that we hadn’t discussed and bring the highlights of that essay into the room. We got to look at 5 more of Emerson’s essays, discover what they meant to us, and consider how they influenced the thinking and writing of Ernest Holmes. Talk about digging deeper!

One of the ideas contained in “Compensation” was how the Law of Cause and Effect must manifest in the world (and that we don’t usually see it play out.) From page 74, “Take what you will, its exact value, no more no less, still returns to you. Every secret told, every crime punished, every virtue rewarded, every wrong redressed, in silence and certainty… Every act rewards itself.” Holmes picked up the idea when he wrote (The Science of Mind  144.2), “effect is potential in cause… Cause and effect are really one, and if we have a given cause set in motion, the effect will have to equal the cause. One is the inside and the other is the outside of the same thing.”

One of the ideas from “The Over-Soul” was the idea of unitive consciousness. From page 190, “within man is the soul of the whole; the wise silence; the universal beauty, to which every part and particle is equally related; the eternal ONE. This deep power in which we exist and whose beatitude is all accessible to us, is not only self-sufficing and perfect in every hour, but the act of seeing and the thing seen, the seer and the spectacle, the subject and the object, are one.” Holmes, in The Science of Mind  117.2, “One Spirit, One Mind, One Substance. One Law, but many ideas, One Power but many ways of using it. One God, in Whom we all live, and One Law which we all use. ONE, ONE, ONE!! No greater unity could be conceived than that which is already given.”

There was so much juicy content and discussion. We had fun! I can hardly wait for next week’s “Roots” class when we start reading and discussing the writings of Judge Thomas Troward in The Edinburgh and Dore Lectures! But first, we get to dig into “Foundations of the Science of Mind” tonight!